I haven’t blogged about PLL in a long, long time, but last night’s epi was so good that I couldn’t pass it up. Instead of boring plot run-throughs and recaps, my PLL reviews are going to be a sassy stream of consciousness. Kind of à la Betches Love This, but much less politically incorrect, profane, and offensive. Ready? Let’s go!

Why is everybody singing in a choir like it’s the fifth grade? Oh, wait—maybe the liars are in the fifth grade. It’s not like we would know cause there’s never a hint at their age, grade, college application process. Remember that time they got locked in on the day they were supposed to take their SATs? Oh yeah, THAT WAS THE FIRST SEASON. To put things in context, we’re on Season 5. They should be married with kids by now.

Spencer’s outfit in the first scene—she looks like a colonial American Girl doll. In other news, Aria’s cheetah print bag in on point. (I’m so upset that there isn’t a photo online of either outfit). 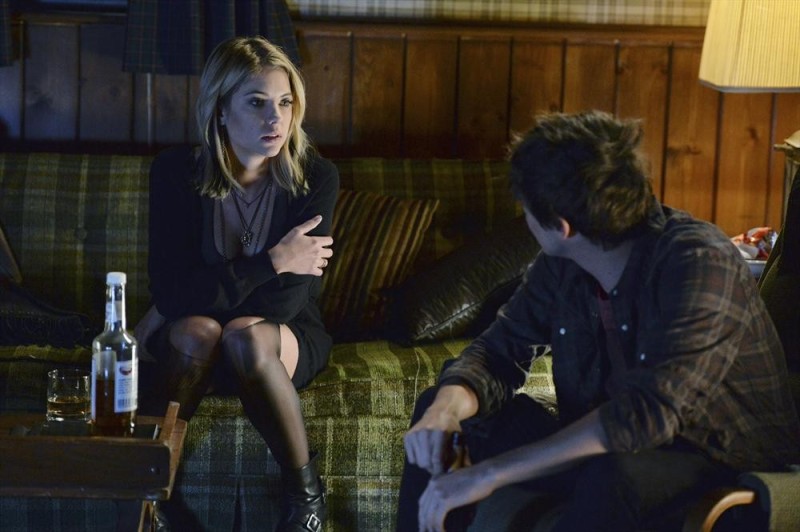 Hannah’s taken to the bottle again, I see. My question is how Detective Tanner can show up to Rosewood High on a whim to restage the Inquisition with Ali, yet no high school or police official can notice that Hannah’s drunk as a skunk with lager cans rolling out of her locker. Like yes, why not pre-game AP English with a shot of Jack Daniel’s?! I have no clue how these grimy Rice Krispies bits got in my hair!!

LOL at Aria’s mom showing up out of nowhere and saying, “What are you doing here?” Last time I checked she was in Finland or Switzerland or upstate New York. Who knows these days?

“I have so much stuff to do!”- direct quote from Emily about her offer to be the assistant coach of the swim team. Does she not realize this is one thing from the past four years she can put on her college apps?! 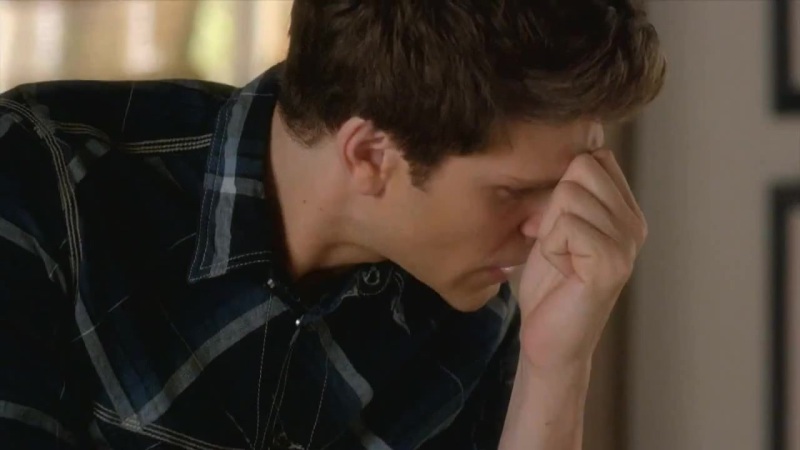 I know this is an ABC Family show that’s an absurdly heightened version of false reality, but no one in any high school in all of history has ever dressed like these people do. Side note: is Toby trying to go for a 1950s prepster look with his coiffed slick back and fully-buttoned plaid shirt? I can’t even.

Caleb, how do you plan on subsidizing these international vacays?

Hannah’s mispronunciation of quinceañera is the greatest thing that’s happened to me in a long time. So sad but so true.

Shoutout to Ella Montgomery’s pervo fiancé aka wannabe soap opera stud slash car repairman. WHAT IS WITH THAT OUTFIT.

I feel genuinely horrible for Hannah because she really wasn’t in the wrong with the whole pedophile Alex sitch, but Aria’s sass is out of control and I’m loving it.