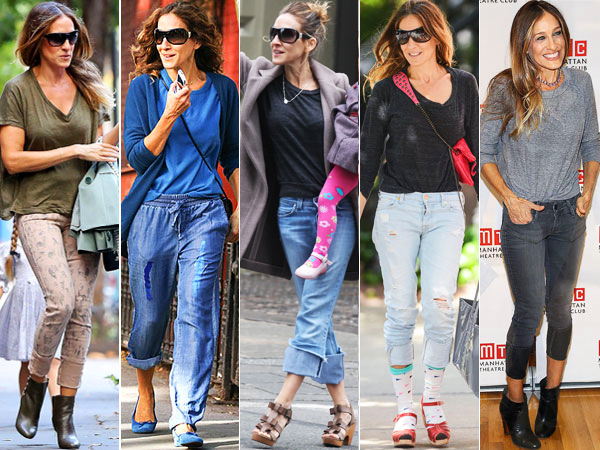 This week’s style star is none other than Sarah Jessica Parker. SJP is arguably one of fashion’s greatest icons, largely due to her unmeasurable contribution to style with Sex and the City. So in honor of SATC‘s 16th anniversary on Friday, I’ll be featuring some of the heroine’s greatest looks, both on and off-screen.

SJP is known to combine unexpected pieces together and create effortlessly glamorous looks, whether she’s running errands or strutting down the red carpet. She’s also the queen of the capris and sneakers combo. Her style ranges from trendy to classic, whimsical to simple, feminine to masculine. It’s really no surprise that she released her very own shoe collection at Nordstrom this year. (Buying a pair of her sandals is on my fashion bucket list). Choosing just 10 of my favorite Sarah Jessica Parker looks is nearly impossible, but I’ve managed to do my best in capturing her style’s spirit.

Here are some of my favorite looks!